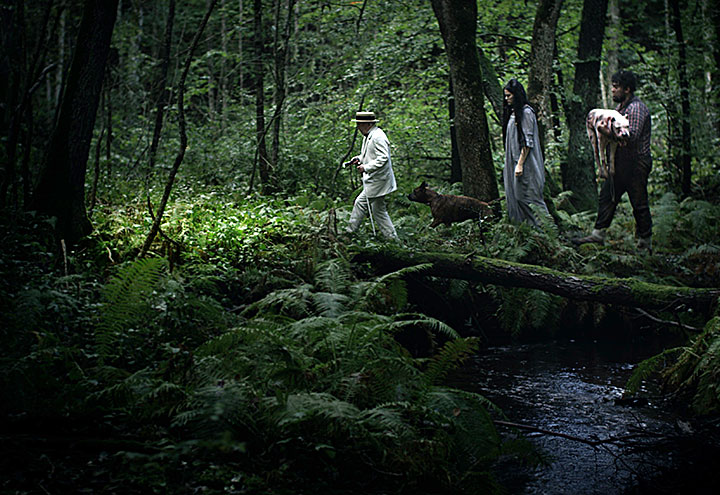 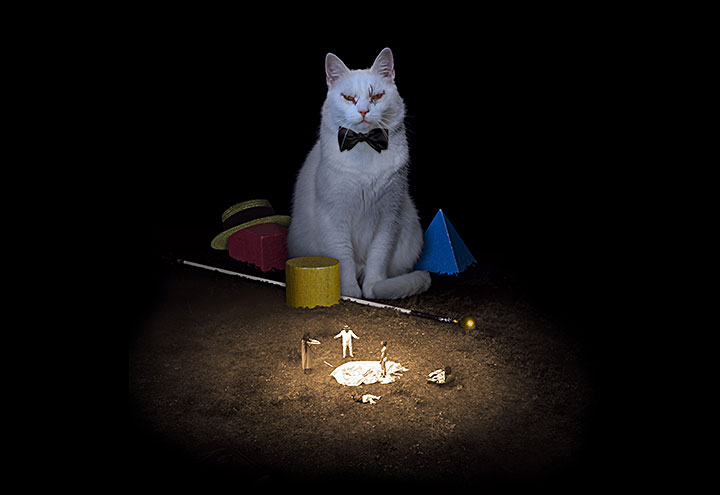 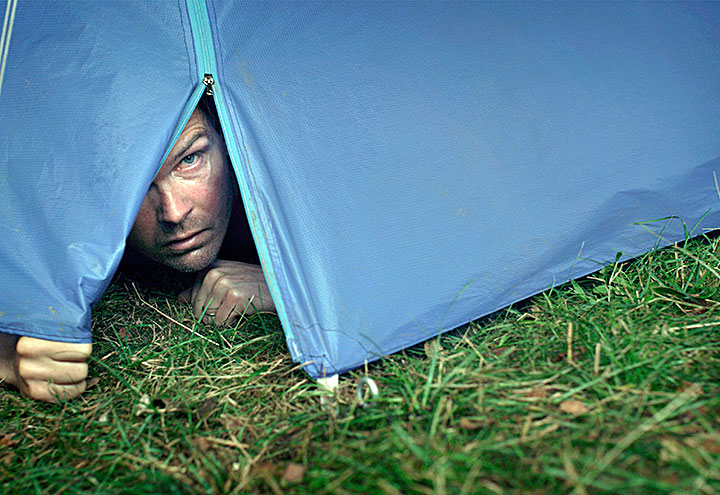 slideshow
Cast:
Synopsis:
Married couple Tobias and Elin, and their young daughter Maja, are on holiday, stopping at a restaurant for lunch, where they are disturbed by the loud and bizarre behaviour of an elderly couple, who turn out to be a couple of local comedians in make-up, giving an impromptu performance. Elin eats some bad shellfish and has a near-fatal allergic reaction, being rushed to hospital. She survives, and the next day, Maja’s birthday, Tobias and Maja visit her, finding she has recovered. But as Tobias and Elin get ready for her to be discharged, they realise that their daughter has collapsed. The child dies later from her own delayed reaction to the same shellfish.

Three years later. Tobias and Elin are driving through the night, taking a vacation in order to try to get some time together and salvage their faltering marriage. Each is still suffering after the death of Maya but are unable to deal with it. Tobias plans to find somewhere to camp and erect their tent, even in the pouring rain, but Elin suggests they stop at a B&B, something Tobias ignores. He drives off-road and finds a clearing, sets up the tent, and the couple prepare for their first, uncomfortable and cold night under canvas.

Elin wakes early in the morning, needing to urinate, and opens the tent to find a bizarre group approaching - Mog, an elderly man impeccably dressed in white and singing a jaunty tune, the giant strongman Sampo, and the pale and angular Cherry, along with two dogs, one live and walking beside them, and one dead, being carried by Sampo. They start to taunt and tease Elin, seemingly playing with her, until Tobias emerges from the tent in his underwear, and the three turn their attention to him, childishly joking and embarrassing him.

Elin wakes early in the morning, needing to urinate, opens the tent and goes into the fringe of the woods, away from the tent, to see the bizarre trio approaching, Tobias emerging once more, but this time their reactions are more cruel, less jovial, and end in a surprisingly vicious act against the outnumbered and vulnerable Tobias.

Elin wakes early in the morning, needing to urinate, and leaves the tent, seeing the trio outside once more, their actions this time spiralling into outright violence and torture, the pale Cherry urging on the immense Sampo in his brutality and savagery, as the elegant, dapper Mog acts as the ringmaster, in a time-loop of repeated ruthless violence and sadism Tobias and Elin are desperate to escape, but cannot find how….

Review:
The title of Koko-Di Koko-Da is also that of a Danish folk song / lullaby which is often repeated in this offbeat horror / drama, the second feature written, produced, edited and directed by Swedish filmmaker Johannes Nyholm (The Giant), going from a gentle, upbeat tune to a menacing repeated motif, initially heard coming from a cheap tin music box and then being trilled by a short, elderly man in an impeccable white suit, coming across as a disquieting, malevolent Tom Wolfe.

There is an immediate unease in Nyholm’s film, with married couple Tobias (Leif Edlund Johansson - Tom Of Finland / Operation Ragnarock) and Elin (Ylva Gallon - Keillers Park / Corridor), and their young daughter Maya (Katarina Jacobson) on holiday in a coastal town, the early scenes featuring an apparently eccentric couple, played by comedians Stine Bruun and Martin Knudsen, are genuinely unsettling, and put one on edge, making one realise that perhaps nothing here to to be truly trusted, and wondering just where Nyholm’s film may be going. The answer is into very strange and rather repetitive territory, which is certainly unnerving in parts but, using the sort of stop-and-reset format of films such as Groundhog Day, The Butterfly Effect, Edge Of Tomorrow or Happy Death Day, the film essentially becomes a series of increasingly grim and borderline grotesque vignettes, each beginning the same, but ending in different ways as the protagonists, or their tormentors, react in different ways, or take alternative paths of action, although the end is almost invariably grim and tortuous. Trying to rescue their relationship after the unexpected death of Maya, a very early twist the audience won’t see coming, the mismatched trio the couple meet in the woods - Mog (veteran Danish singer and actor Peter Belli - Høfeber / What’s Wrong With This Picture), strongman Sampo (Morad Baloo Khatchadorian - Easy Money III: Life Deluxe) and proto-Goth Cherry (Brandy Litmanen - Spacerabbit) - are essentially materialisations of their own fears and buried pain, a very literal use of monsters as metaphor. Although seemingly trapped in a time-loop, the idea that they are trying to break their own cycle of blame, guilt and grief isn’t subtle, certain elements of their predicament change, even down to the weather in one ‘episode’, switching from wet and windy to a silent snowscape, but the torments they endure at the hands of the three, ranging from merely embarrassing Tobias in his underwear to the more obviously humiliating, escalating into the upsettingly vicious and into genuine torture, with seemingly no possible escape in sight, adding definite overtones of Michael Haneke’s cold and remorseless Funny Games.

Nyholm and cinematographers Tobias Höiem-Flyekt and Johan Lundborg, operating with a limited cast and number of locations, make the verdant setting a dank and uncomfortable place to be, although there are also two remarkable shadow-puppet interludes, introduced by the opening of a literal red curtain, which perfectly encapsulate the couple’s grief and desperation, telling the story of what they have been through and what they are somehow hoping for, but what seems to be a ‘revelation’ at the end, which at least offers some hope, will come as no surprise to anybody who has been paying attention.

Nyholm’s film is certainly divisive with both critics and audiences, as shown with the very mixed critical reception at the ’19 Cannes Film Festival, and also at the Fantasia Film Festival in Montreal, when ticket buyers could vote for what they had just seen by marking their ticket, which had the numbers 1 to 5 along the bottom, and dropping them into a box after the screening, votes being counted towards the eventual end of festival awards ceremony, the organisers revealing that the bulk of the votes for Koko-Di… were either 1 or 5, with very few at either 2 or 4. Your verdict will also certainly be somewhere between 1 and 5.