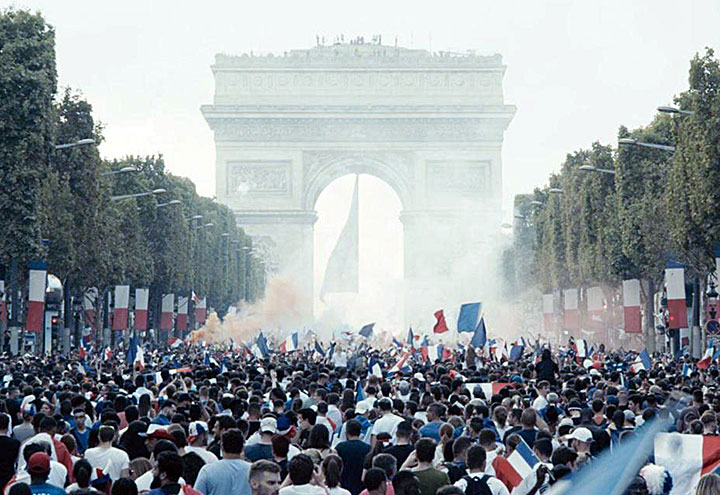 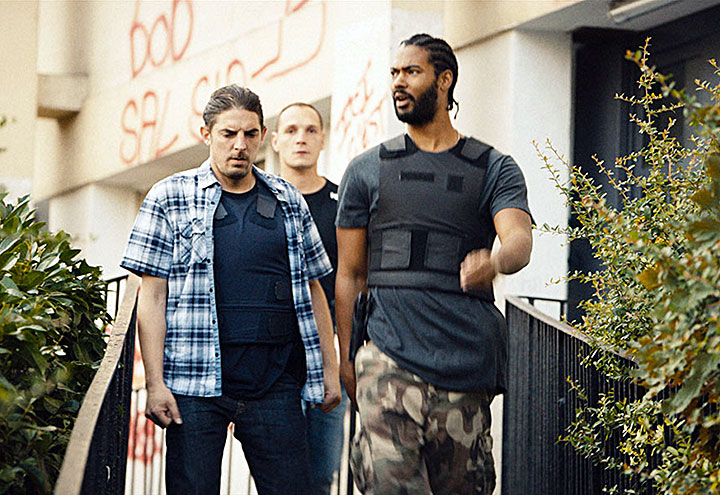 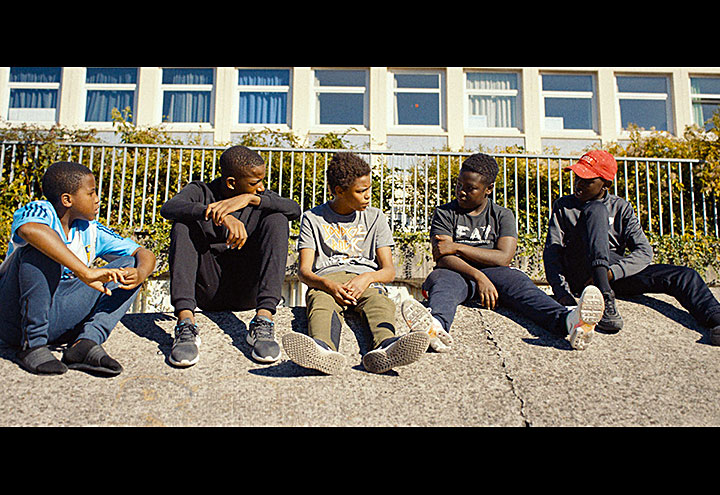 With a title bringing back chilling memories of the horrifying conditions, struggles and sacrifices documented in the 1862 novel by Victor Hugo, and the even more horrifying struggles of Russell Crowe trying to find and hold a note in the 2012 film version, director and co-writer Ladj Ly has reasons for calling his present-day urban drama Les Misérables, bringing into relief the parallels of the societies of the late Seventeenth Century and that of the French immigrant-inhabited banlieues today, emphasising that at least superficially very little has changed, and that Hugo’s original book and Ly’s film share a location, the suburb of Montfermeil, 17.2km from the centre of the capital.

Based on his own 2015 short film, Ly starts with the joyous scenes on the Champs-Élysées as the French football team won the World Cup final, all singing La Marseillaise, the superficial view of a nation in harmony, united in joy, before a rather more honest appraisal begins as Stéphane (Damien Bonnard (The Wolf’s Call / An OffIcer And A Spy), a new recruit to the Anti-Crime Brigade, in Montfermeil, begins his first day, almost positioning itself as a French version of Antoine Fuqua’s Training Day (2001) as he is shown the ropes by new colleagues Chris (Alexis Manenti - Hold Your Breath) and Gwada (Djibril Zonga, who also appeared in Ly’s 2017 short), introducing some of the local characters, such ‘The Mayor’, and getting into the case of a kidnapped lion cub from a travelling circus, a seemingly light-hearted and almost frivolous episode which will, accidentally, have far more serious and deadly consequences, bolstered by the mutual suspicion of the law and the mostly immigrant populace, or the establishment and the outsiders.

Very accurately observed by Ly, depicting the everyday life and routines in these suburbs most Parisians will deliberately avoid, the director’s script is also surprisingly fair to both worlds, not tipping the balance towards either faction. Stéphane is a honest, conscientious officer, willing to observe how the more experienced Chris and Gwada handle the locals and the situations they are faced with, having to deal with the ever-present warring gangs and the very angry members of the travelling circus, wanting the return of the lion cub which has been taken by 14-year-old frequent offender Issa, but whereas the experienced officers see themselves as respected, newcomer Stéphane sees their reception as just being feared and despised. Both The Mayor, who is on the public payroll, seen as a trusted mediator in the community, and Salah, a former criminal now a religious convert, also regarded as a local leader with influence, are also in it for themselves, playing both sides against the middle.

Aside from the utterly authentic locations and a truly gritty veracity throughout, the film also benefits from enervating photography by Julien Poupard (The Price Of Success / C’Est Ça L’Amour) and for once actually uses drone-shot footage intelligently and as a vital part of the story, being what first compromises the officers, setting off an almost inevitable domino-topple which will end in disaster. Ly may end the film with a Victor Hugo quote from the novel but the visuals fade away just as the situation is going to spiral into severe and widespread major violence, a fictional mirroring of the 2005 Paris riots which were partly the inspiration for Ly’s film.

The mostly young cast, featuring Ly’s own son, Al-Hassan Ly, as drone owner Buzz, also includes a number of non-professionals and Montfermeil locals, and is bolstered by the somewhat more experienced Jeanne Balibar (Code 46 / Cold War), as the Police Commissaire.

Among the twenty-odd awards Ly’s film has won internationally, including the 2019 Cannes Jury Prize, shared with Dornelles and Mendonça Filho’s superb Bacurau, as well as a Best International Feature Film Oscar nomination, it was also nominated for eleven of the prestigious domestic César Awards, eventually taking four - Best Film, Best Editing, Most Promising Actor for Alexis Manenti and the audience-balloted César Du Public. Interestingly when Ly was asked about comparisons with Mathieu Kassovitz’s groundbreaking La Haine, rereleased in 2020 in some territories to mark it’s 25th anniversary, he was diplomatic but also noted that, unlike himself, almost no one involved with Kassovitz’s film actually came from the banlieues but were professional actors and musicians from relatively comfortable backgrounds.

(Hugo’s original novel has proved to be a very popular subject for film adaptations, hitting the cinema and TV’s screens more than a dozen times, the earliest being four short films made in the US in 1909, which can also be viewed as a feature; another silent version in 1917; a French silent version in ’25, followed by the first French sound adaptation in ’34, released as three features running some four and a half hours; an American Oscar-nominated version in ’35, although varying considerably from the original story, and seven later productions between ’48 and ’98 before the Tom Hooper musical in 2012, as well as numerous stage and TV productions and mini-series, sadly proving the timelessness of the story).