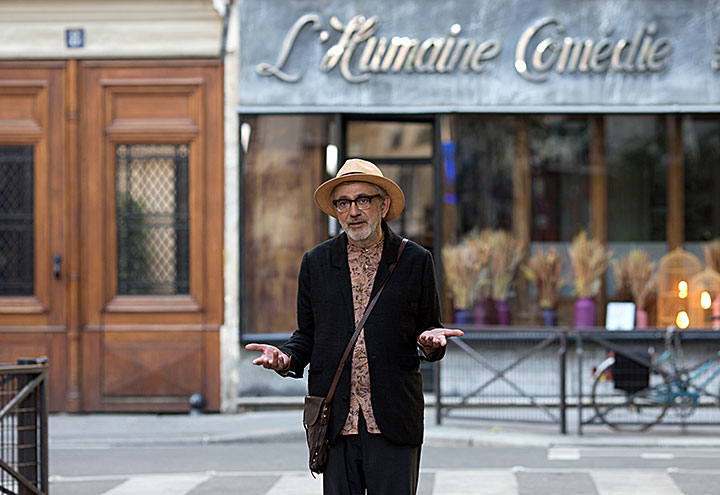 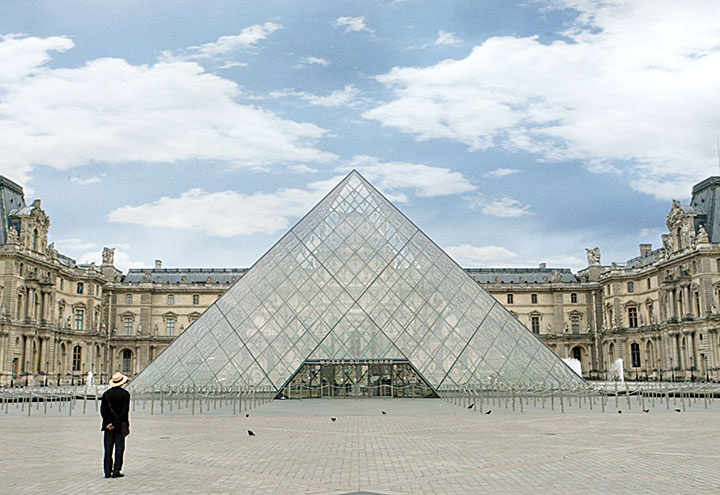 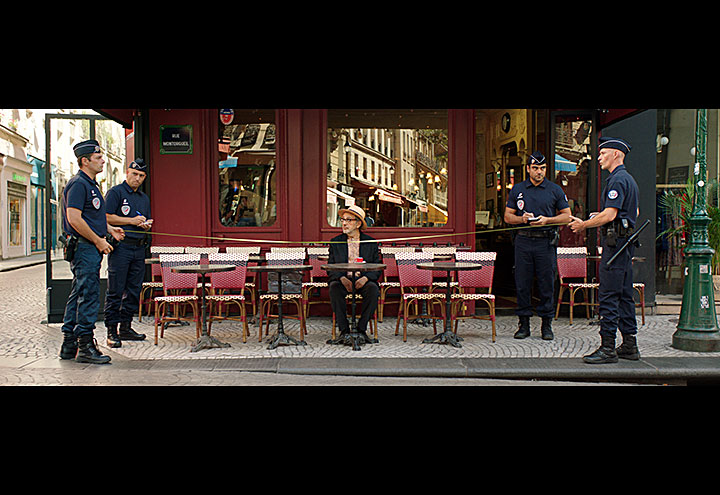 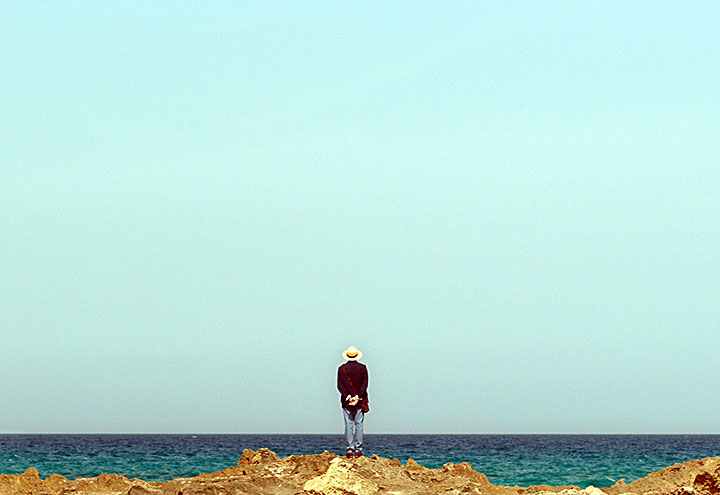 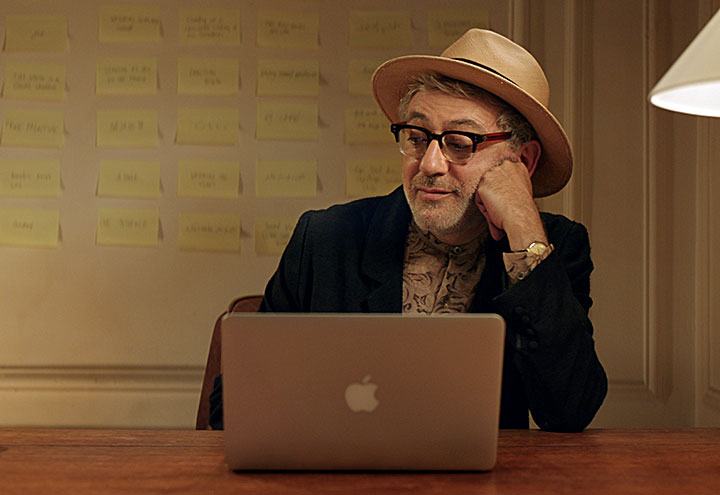 Nazareth-born filmmaker, actor and Cannes favourite Elia Suleiman is not the most prolific of helmers, making only five features in the last twenty-five years - the trilogy comprising Segell Ikhrtifa / Chronicle Of A Disappearance (’96), Ysdon Ilaheyya / Divine Intervention (’02) and Ha-zman She’notar / The Time That Remains (’09), as well as the barely seen Cyber Palestine (’99) - as well as contributing segments to the portmanteaus To Each His Own Cinema (’07) and 7 Dias En La Habana / 7 Days In Havana (’12), as well as the occasional short or documentary.

Described by some as a filmmaker working in the field of Cinema of Exile, in the more than a decade since his last feature Suleiman’s personal circumstances have changed, but his worldview remains the same, melancholic, wry and pleasingly offbeat. It Must Be Heaven sees him, after losing his post at the local Orthodox church, getting rid of some personal possessions, one of which is a wheelchair, and those who have seen the previous film will know that it was probably the one used by his ailing mother. He is older now, nearly sixty, and still in so many ways looking for home, even though he still lives where he was born, Nazareth in Palestine.

But things have changed. His neighbours are now either going increasingly mad or are just belligerent. Gangs roam the streets, as do the Police, in number, and one scene, Suleiman seeing a blindfolded girl in the back of a Police car, which is never explained or expanded upon, adds a note of chill to which is otherwise a gentle if skewed character comedy. Some have compared Suleiman’s screen persona as a character who could have appeared in silent comedy, but unlike Chaplin he never strives for pathos or sympathy, and unlike Keaton certainly isn’t going to get into any dangerous, stunt-filled set-pieces. But whereas a character such as Jacques Tati’s Monsieur Hulot will be relentless and almost aggressive in attempting to milk laughs from the situations he finds himself in, Suleiman’s approach is much gentler. There isn’t too much actual plot here, or at least any that makes sense, the film being instead largely vignettes, with a couple of recognisable faces turning up unexpectedly, such as actor / director Gael Garcia Bernal, arguing Suleiman’s case with an unresponsive French producer, and French star Grégoire Colin (Beau Travail / 38 Rhums) turning up as an aggressive drifted on the Paris Metro. But despite his various bizarre encounters in other cities and cultures, Sulieman is always going to return to his home, and ponder once more what the future holds for the both of them.

Although not quite achieving the praise which greeted The Time That Remains, Suleiman’s film drew some very strong reviews, IndieWire saying ‘This poignant, minor-key work from the only major filmmaker to carry the torch of silent comedy into the 21st century is rich with feeling, even as it enters a self-reflexive zone that sometimes distracts from the legitimate concerns at its core’, and Variety calling it ‘Whimsical and wistful yet infused with a yearning for the stability of place’. Some noted on the format, The Playlist saying the film ‘ …feels more like a collection of wonderfully envisioned set pieces that don’t fully form a coherent whole’, as The Wrap called it ’An easy-going film that coolly ambles forward as a series of short sketches and vignettes, while maintaining a fairly detached tone’. Screen Daily found ‘Audiences will likely approach the film as a series of sketches linked as much by mood as by theme. Some hit the spot, two or three are laugh-out-loud funny, but others seem little more than space-fillers in a film that is both enjoyable and frustrating’.