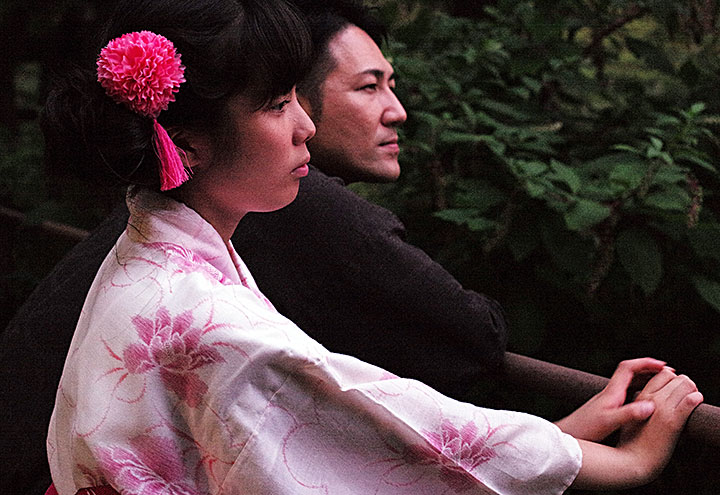 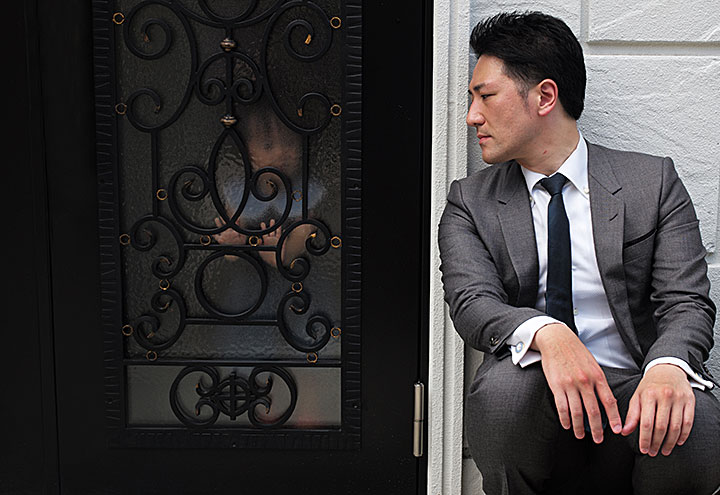 Yuichi Ishii runs a company, Family Romance, which hires out actors in order to impersonate real people, in order to fill in for people who cannot attend weddings, funerals, or other important family events. He is approached by the mother of a twelve-year-old girl, Mahiro, to impersonate the little girl’s missing father. Yuichi accepts the job, and reads the details of the missing man given to him by the girl’s mother. Their relationship starts out uncomfortably, Mahiro reacting awkwardly to this man who claims to be her parent, but he tries different approaches to try to get the young girl to open up, asking her questions and being interested in her answers and manages to engage with her in a way that her mother seemingly cannot. Their relationship deepens, and the girl start to develop an emotional bond with him.

As he is involved with this assignment, other members of his staff have other jobs to fulfil, such as fabricating the experience of winning the state lottery for an elderly pensioner, and Yuichi also agrees to take the role of a railway worker who caused a fast train to run a few seconds late, accepting the blame for the grievous and deeply shaming error, as well as visiting a funeral parlour in order to prepare for playing a corpse at a simulated funeral.

Realising how Mahiro is becoming close to Yuichi, she asks him to move in with them, but he declines. It occurs to Yuichi that perhaps his own home life is a lie and that those in his own family are perhaps just actors playing a part. With the job over he returns home, but hesitates at the front door…

Review:
There have been few careers in film as spectacularly and gloriously varied as that of Werner Herzog, from his early eccentric documentaries such as The Flying Doctors Of East Africa (’70), and the remarkable Land Of Silence And Darkness (’71), to his often volatile and genuinely violent relationship with his leading man Klaus Kinski, leading to such remarkable films as Aguirre, Der Zorn Gottes / Aguirre, Wrath Of God (’72), Woyzeck and the haunting Nosferatu: Phantom Der Nacht (both ’79) and the cinematic folly which was Fitzcarraldo (’82), through to later documentaries such as Grizzly Man (’05), and even a project such as Rescue Dawn (’06), a film version, starring Christian Bale, of the events of a documentary, Little Dieter Needs To Fly, Herzog made back in 1997.

He has also played the villain in a Tom Cruise blockbuster, voiced a character in The Simpsons, in an episode where everybody’s eyeballs kept falling out, and was even the baddie in the Star Wars TV series, The Mandalorian.

So something such as Family Romance, LLC, which seems to be a documentary but is in fact a scripted drama, shouldn’t come as much as a surprise at this point. Doing the rounds of the festivals, having its world premiere in the Special Screenings section at the 2019 Cannes Film Festival and also playing the 46th Telluride Film Festival and the 24th Busan International Film Festival, this decidedly offbeat project was shot in Tokyo, in Japanese, and using non-professional actors, Herzog producing this 89 minute version from a reputed six and a half-hour assembly edit.

The mix of documentary and drama is mirrored in the mix of styles and tones, with the film slipping through the sensitive drama of the central relationship between Yuichi and the twelve-year-old Mahiro (Mahiro Tamimoto) being mixed with the other jobs being tacked by Yuichi and his company, everything from the celebration of an imaginary lottery win to a simulated funeral, scenes which provoke slightly uncomfortable chuckles mixed with genuine mystification and not a small suggestion of sadness.

What Herzog is also exploring are a couple of his regular subjects, identity and deception, a regular trope in his work going as far back as 1974’s Jeder Für Sich Und Gott Gegen Alle / The Enigma Of Kaspar Hauser in that the viewer never really knows who anybody truly is, so is Yuichi actually the owner of such a company as Family Romance, which could easily exist in such a society as Japan where ‘representation’, to put it in such terms, is so socially essential? It is also never established whether the young girl actually knows if he is an imposter or her real father, who abandoned the family when she was just an infant and presumably has few memories of him. This theme is continued through to the melancholic ending, where Yuichi himself starts to wonder about his own family, and whether they are in fact who they claim to be, or imposters or impersonators.

Elements such as a hotel with robot employees or an aquarium where the ‘fish’ are all actually robotic models, both genuine, are the most obviously ‘Herzogian’ scenes, reflecting the circumstances in which something like Family Romance could even thrive as a business.

Reviews have been generally positive, even if some critics were obviously unsure what they were actually witnessing. The Guardian called it ‘A strange, faintly frustrating but diverting film’, and The Hollywood Reporter wrote, ‘This is minor Herzog, to be sure, but alternately amusing and disarming nonetheless’, as Sight & Sound believed ‘Compared to his recent output, Herzog here is working in a minor key: this self-financed film is surprisingly intimate, with unexpected dashes of melodrama, yet still displays characteristic elements of wild stylisation and a keen affinity for the uncanny and the absurd’. Variety surmised that ‘Not quite 90 minutes, the film might actually be more effective at half the length’.