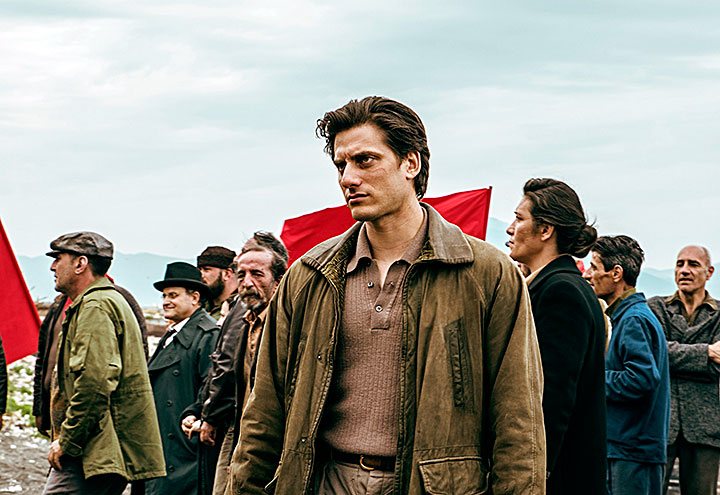 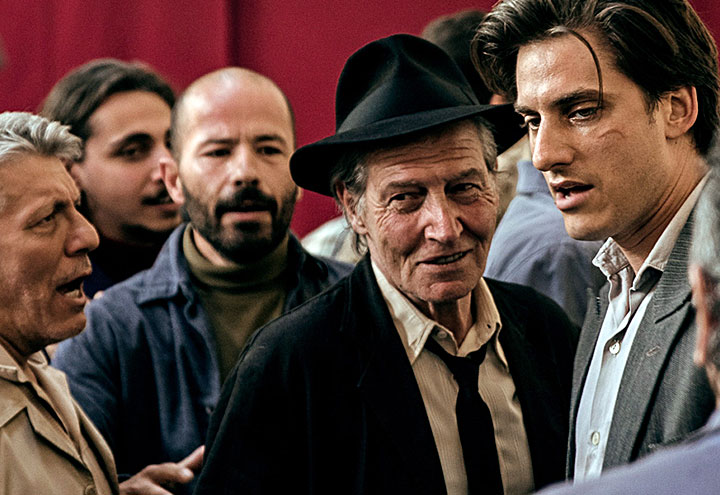 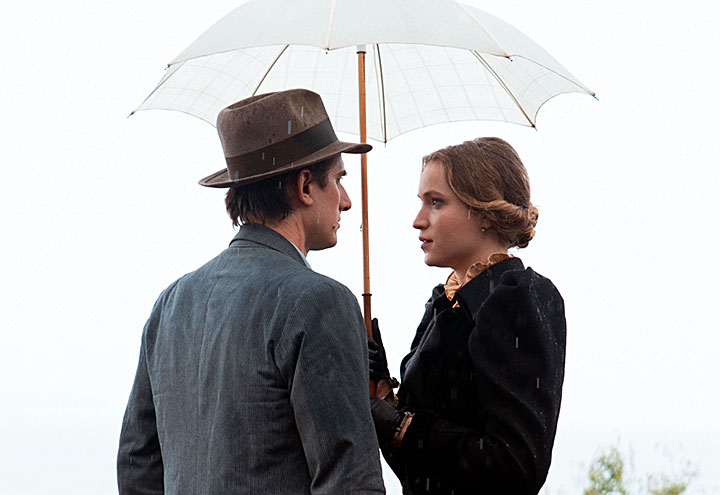 The second narrative feature from Italian filmmaker Pietro Marcello, after 2015’s Bella E Perduta / Lost And Beautiful, Marcello being better known for documentaries such as La Bocca Del Lupo / The Mouth Of The Wolf (’09) and Il Silenzio Di Pelesjan / The Silence Of Pelesjan (’11), Martin Eden is adapted from a 1909 novel by Jack London, and shows that London was very much more than a writer of action / adventure years such as White Fang, The Call Of The Wild and The Sea Wolf, instead following it’s eponymous hero through his life and intellectual and political awakening in the style of what in German literature is called a Künstlerroman, or ‘artist novel’. While London admitted to friends that the book was semi-autobiographical he also acknowledged that it was misunderstood by many, London intending it to be a condemnation of the character’s creed of individualism, but being seen by some as an affirmation of the movement. despite Eden’s eventual fate.

With the book running a hefty 444 pages, Marcello and co-writer Maurizio Braucci do well to retain much of the original narrative and get it into a 129 minute running time, although there are slight accommodations. Originally set at the beginning of the twentieth century. this version seems to be set post-WWII, although there are anomalies, such as the occasional item or piece of set decoration which is, deliberately, from a later time. In addition the location is switched from London’s Oakland to Naples, and while Martin retains his original name, the Morse family of the book are now the Orsinis, a prominent family name found many times throughout Italian history, but oddly the character of Russ Brissenden keeps his very American name, although no explanation is given for this.

Given an introduction into high society after saving a young man, Arturo Orsini (Giustiniano Alpi - Dopplegänger I & II) from a gang, sailor Martin Eden (Luca Marinelli - The Great Beauty / Diabolik) undergoes a transformation after seeing how the Orsinis live, not only their material wealth but also with their education, knowledge and beliefs, turning himself into an autodidact, wanting to be their equal and also wanting to be with one of their daughters, Elena (Jessica Cressy - Tomorrow’s A New Day), but while he eventually achieves his aim, becoming more famous and successful than he has ever envisaged, it comes at a high personal emotional cost, and while Marcello and Braucci are more vague in the final scenes than London is on the page, one realises that the book is basically a tragedy of ambition and human fallibility, reminding one of the works of the contemporaneous British writer Howard Spring, or some of the short stories of W. Somerset Maugham. Impressively shot on Super 16mm celluloid by two DoPs, Alessandro Abate (Un Consiglio A Dio / Pandemia) and Francesco Di Giacomo (Il Camionista / Stay Still), Marcello captures both the family saga structure of the piece with some rather grittier scenes, as Martin finds himself addressing political gatherings, gaining confidence and experience after being inspired by the ailing Russ Brissenden (veteran Carlo Cecchi - La Scorta / Stealing Beauty), the handling of crowd scenes showing the director’s work in the field of opera, and the blue-eyed Marinelli is well-cast as the handsome young man who realises that his life will probably will be acceptable as it is, but is driven on by seeing what is possible, and he leads an impressive cast which also includes Vincenzo Nemolato (Tale Of Tales / TV’s Gomorrah), Marco Leonardi (Cinema Paradiso / All The Money In The World) and Pietro Ragusa (Nanni Moretti’s Mia Madre / TV’s Medici).

London’s novel has been filmed several times before, firstly in a fifty-minute silent version in 1914, directed by the wonderfully-named Hobart Bosworth, then as The Adventures Of Martin Eden, starring Glenn Ford, in 1942, dumping the political angle of the book entirely, and indeed much of the original narrative, instead being extensively rewritten to focus on Martin’s life as a sailor, making him essentially a frustrated writer on the high seas. The character then turned up thirty-three years later as a Russian TV movie, pedantically entitled Martin Iden, then becoming an Italian / German TV mini-series in 1979, with Christopher Connelly in the leading role, as well as being the basis for two shorts, in ’12 and ’17, the latter being entitled Ju Suis Martin Eden and running an entire two minutes.