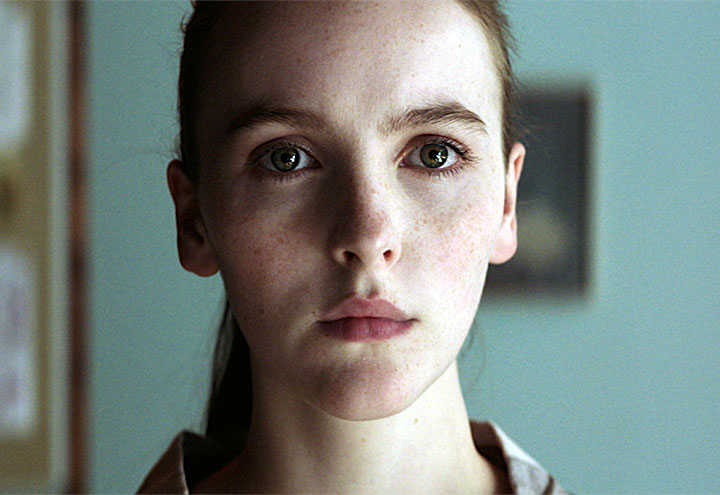 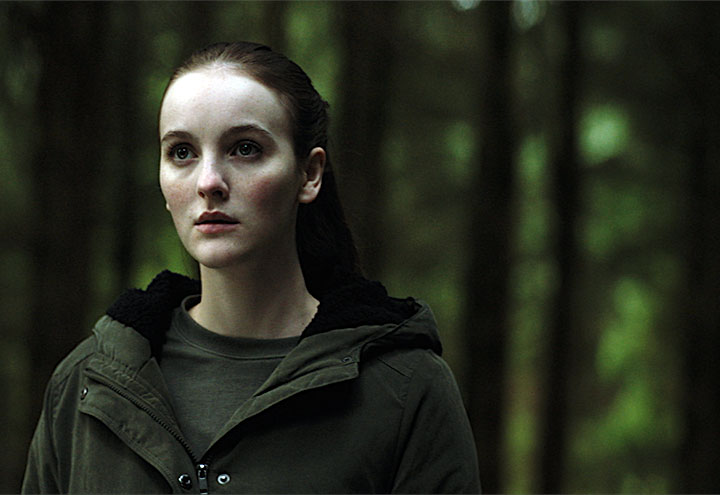 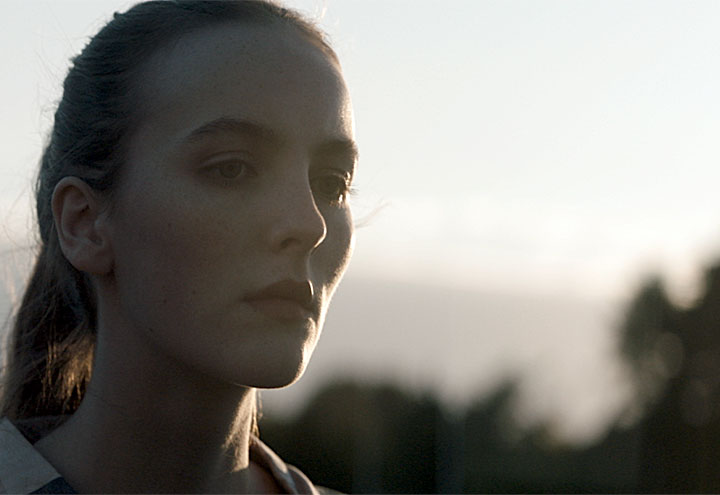 slideshow
Cast:
Synopsis:
It’s during a term studying animal euthanasia that veterinary student Rose (Ann Skelly) decides to contact Julie (Orla Brady), the birth mother who gave her up for adoption. But Julie, who is now a successful London-based actress, doesn’t want to know. Undeterred, Rose will not be ignored. And curiosity leads her to discoveries that shake the fragile identity she has built for herself.
Review:
Directors Christine Molloy and Joe Lawlor, also known as Desperate Optimists, have spent years making formally rigorous, atmospheric cinema (Helen, Mister John, Further Beyond) that often deals with the uncanny effects of impersonation and the slippery nature of truth.

With Rose Plays Julie they have crafted a slow-burn thriller that builds a sense of dread inside an exquisite world of immaculate architecture, rendered through an icy performance style and enveloped by a claustrophobic soundtrack. Skelly and Brady are both exacting and measured in their delivery, as the film takes us through longing and revenge to arrive at the dark places of power and its abuses. This is frank, immersive and decidedly feminist filmmaking.