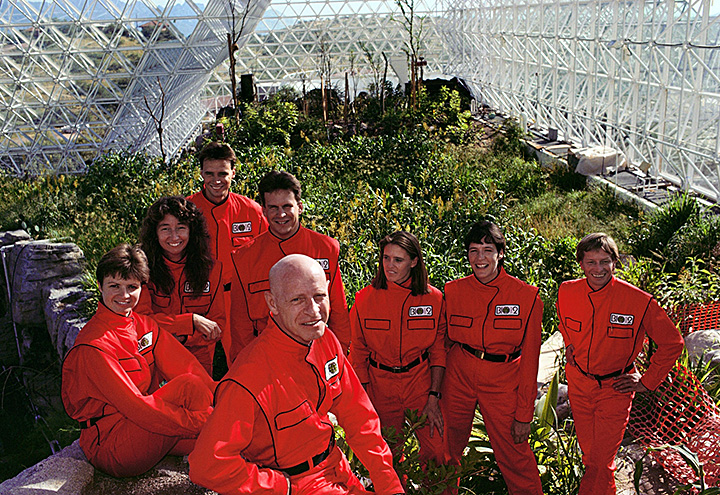 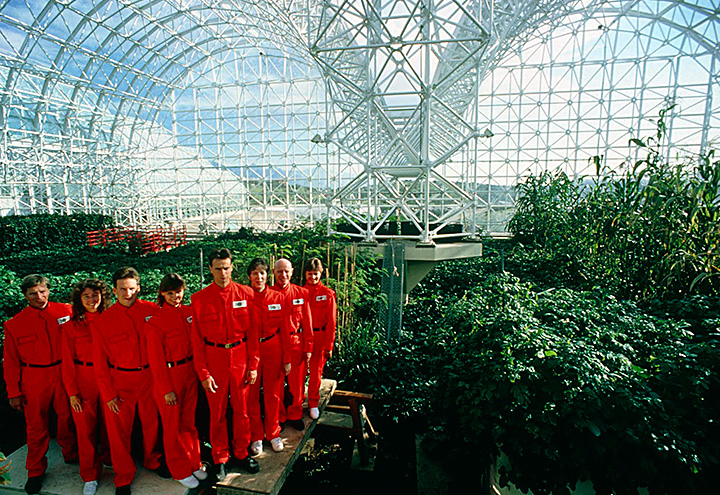 slideshow
Cast:
Synopsis:
In 1991, eight capable men and women were sealed into Biosphere 2, an airtight terrarium in the Arizona desert containing a miniature replica of Earths environment.

Funded by a Texas oil tycoon hoping to acquire licensable technologies for space colonisation, the mission of Biosphere 2 was to maintain an isolated, sustainable environment for two years. It was a mission that became a dystopian simulation of ecological crisis, after which a corporate consultant took over the venture  and disappeared the data.

Review:
The investors designed Biosphere 2 to generate a lot of press, but little was revealed about the people who created it. Using archive material and present-day interviews with surviving Biospherians, director Matt Wolf brings us this spirited documentary that follows the gregarious and visionary countercultural collective over half of a century, as they conducted experiments around the globe leading up to Biosphere 2.

If Spaceship Earth is a cautionary tale about the forces that threaten our planet, it is also an inspirational tribute to what a small creative group can achieve.