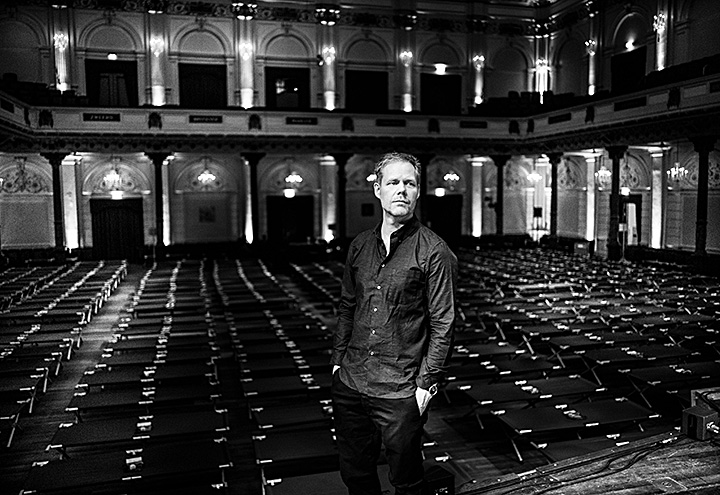 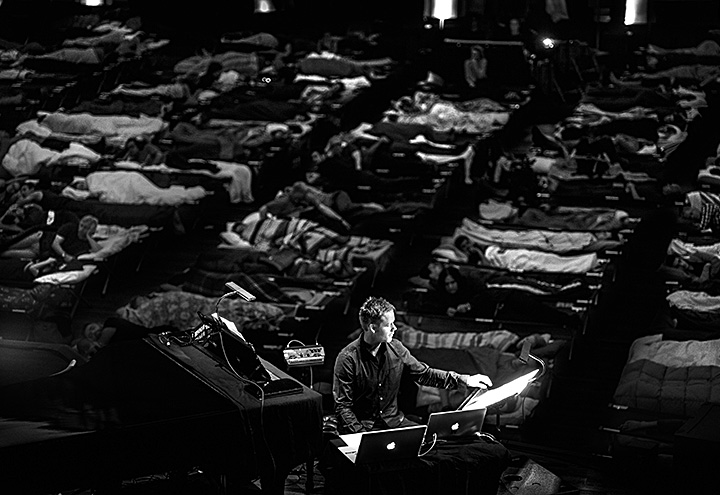 slideshow
Synopsis:
Over the past two decades, Max Richter has emerged as one of the most influential composers of his generation. His inclusive approach connects classical tradition with minimalist electronica, delivering an immersive experience to a wider audience.

In 2015, he released Sleep, an eight-hour opus that combines piano and strings with subtle electronic touches and vocals. Richter’s mesmerising lullaby is intended to be absorbed throughout the night.

Review:
Award-winning filmmaker Natalie Johns follows the process of mounting the most ambitious live performance of Sleep to date: an open-air concert in Los Angeles’s Grand Park, where over 500 people will experience the composer’s work in unison.

The result is a striking visual portrait that immerses us within the life of Richter and his creative partner, Yulia Mahr. Performing Sleep requires unprecedented endurance from its musicians; experiencing it requires vulnerability, as audience members drift in and out of consciousness amongst hundreds of others.