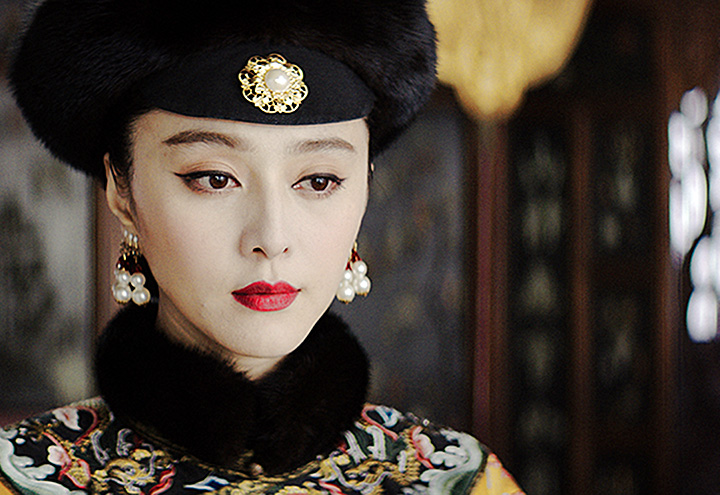 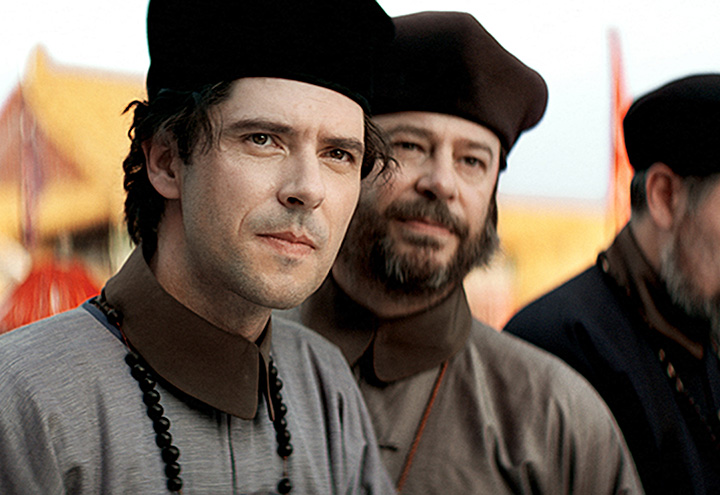 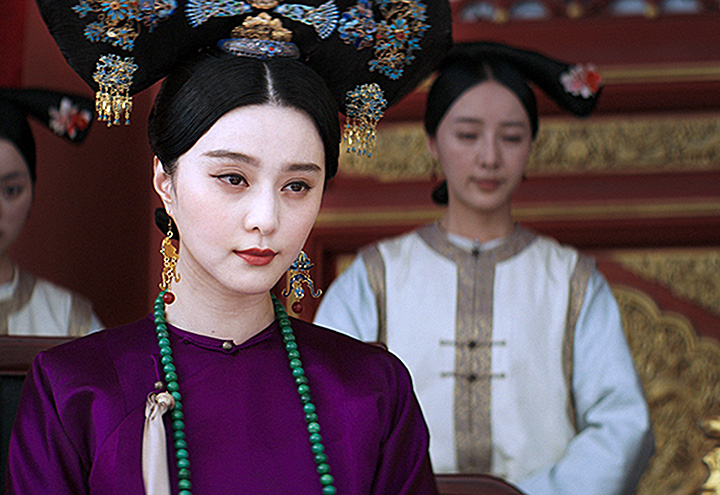 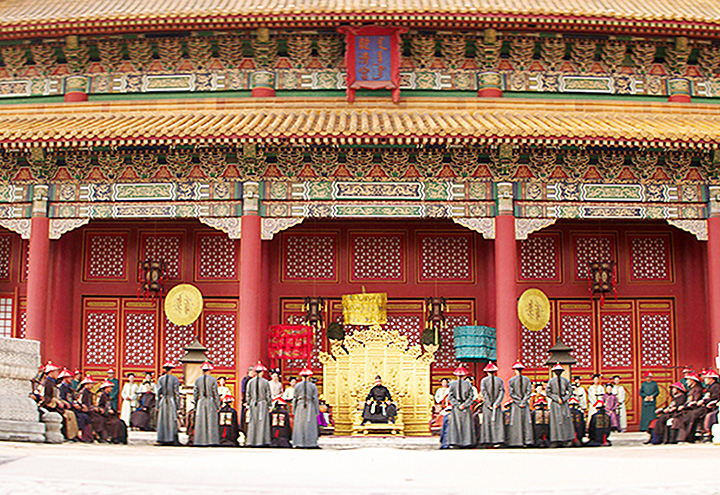 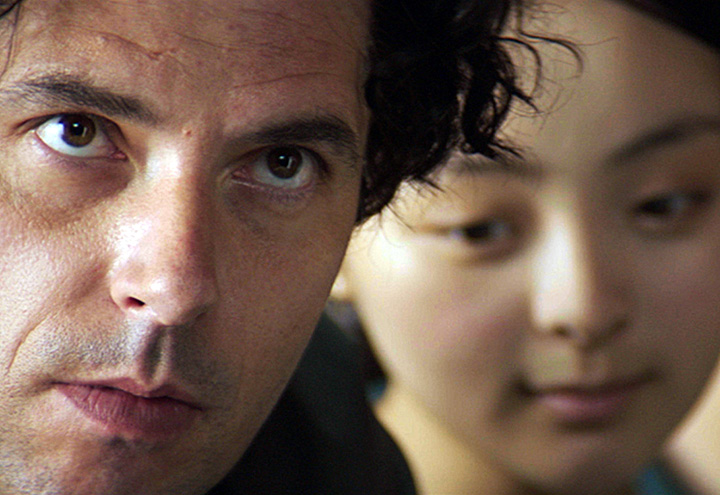 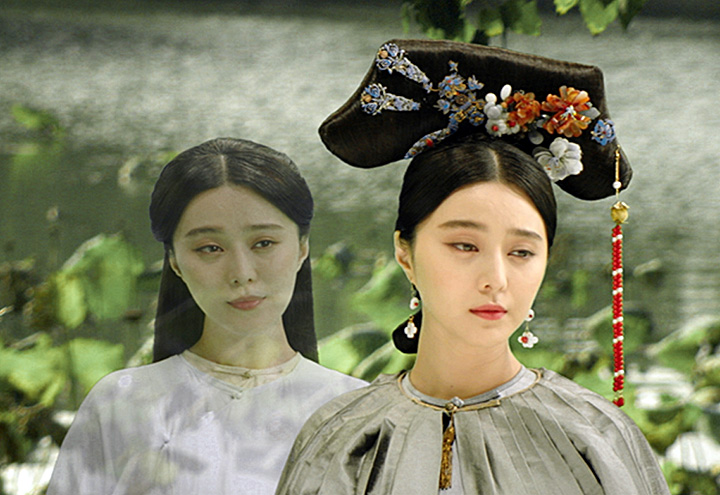 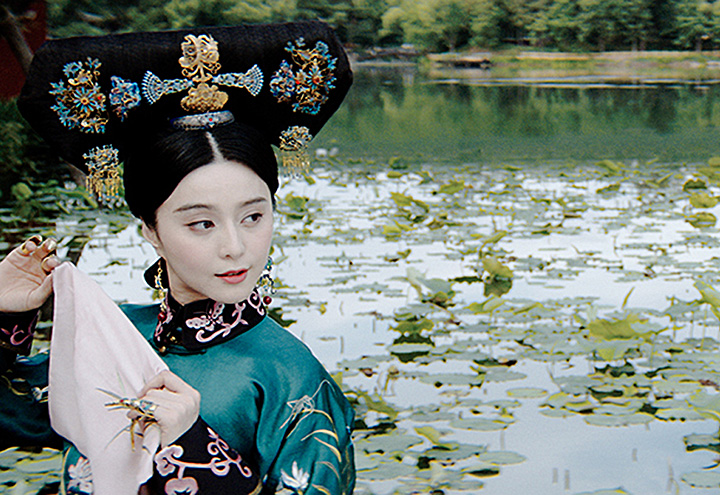 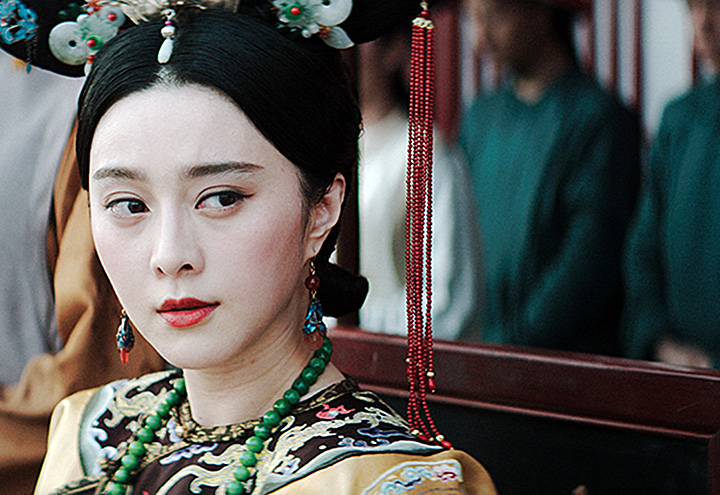 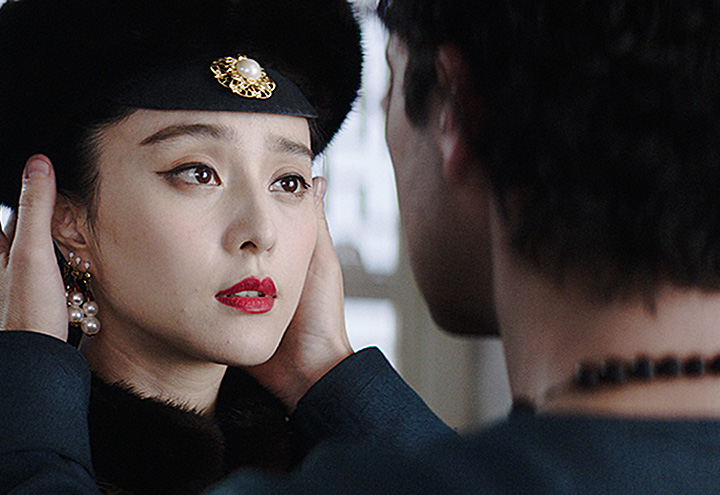 slideshow
Cast:
Synopsis:
China, the middle of the eighteenth century. Frére Jean-Denis Attiret, a Jesuit and a trained draughtsman, is one of the guests of the Chinese Imperial Court of Emperor Qianlong, he having enlisted European missionaries to introduce Western knowledge and art into his court, as Attiret learns the art of Chinese painting. In the court the men are mostly eunuchs or imperial guards, and the women are either staff or concubines.

Attiret is chosen by Empress Ulanara, one of the Emperor’s concubines who became his partner after the death of his first wife, to produce a portrait of her, hoping Attiret’s Western-influenced painting style will attract her husband’s attention and rekindle his interest in her, Ulanara knowing her husband is recruiting new concubines.

Attiret and the empress embark on a series of sittings, and there is definite tension between them as he works on his portrait, the empress trying to control what Attiret will eventually produce, and the artist realising that he is hidebound by the constraints of the Qianlong court, its rigid etiquette and protocols, and seemingly insurmountable cultural differences, but as they spend more time together and the work progresses, they realise there is an undeniable attraction between them.

The Emperor is impressed with the painting, but also unsettled by what seems to be an inappropriate degree of closeness between the artist and his wife, so sends him to the Frontier Wars against Russian and Kazakh tribes to paint battle scenes. But the Empress’ plan fails, as she realises the Emperor has found a new favourite among the concubines.

When Arriret returns to the kingdom he is deeply affected and inured by what he has witnessed on the battlegrounds, but when he inquires as to the Empress, he is unprepared for what he is told…

Review:
A French / Chinese co-production, largely shot in Beijing and directed, co-written and co-shot by Charles De Meaux (Shimkent Hôtel / Stretch), Le Portrait Interdit / The Lady In The Portrait is based on a fascinating true story, and also has interesting parallels with Céline Sciamma’s acclaimed and multi-award-winning Portrait Of A Lady On Fire, made two years later, in investigating not only the often tentative and uncomfortable relationship between a portrait painter and their subject, a slow and quiet power game in many ways, and in both cases there is a perceived taboo in the relationships portrayed, in the Sciamma film through sexuality, and here through the simple fact that the artist is not only a Westerner but a ‘commoner’ and the subject is the preferred second wife of an enormously powerful Emperor, whose huge armies are waging war on several fronts.

De Meaux’s film is pretty much based in actuality, the central characters all being real people, the ‘lady’ being Empress Ulanara (Fan Bingbing – The White-Haired Witch Of Lunar Kingdom / League Of Gods), the second wife of Emperor Qianlong (Jue Huang – Long Day’s Journey Into Night / The Wild Goose Lake), who ruled China through much of the 18th Century. Melvin Poupaud (Broken English / An Officer And A Spy), plays Frére Attiret, a Jesuit studying the Chinese style of painting and art, and who is chosen to paint the Empress’ portrait, knowing the responsibility which comes with such a request.

Le Meaux is better known as a producer, responsible for a number of films including much of the output of Thai arthouse favourite Apichatpong Weerasethakul, but here, directing only his third feature, he had a reputedly €40m (£35.2m) budget, and tries to bring in a lot of topics and themes into the 108 minute running time, mixing art, beauty, power, jealousy, patriarchy, royal privilege and the ethics of war, while all the while focusing on the central relationship, and as any film dealing with an artist will prove, watching someone just paint for long stretches is, quite literally, watching paint dry, although there are amusing moments when the artist has to deal with not only the empress but her enormous female entourage, all fascinated by what is going on, but Le Meaux with his fellow DoP Dong Jin-Song (Black Coal, Thin Ice / The Donor), and art director François-Renaud Labarthe (Irma Vep / Stranger By The Lake) stage some very large scale set-pieces, showing the scale, opulence and elegance of the Imperial Court, and one can see where the budget went.

The mixed reception had several critics noting the film’s artistic aspects, such as The Hollywood Reporter, saying the helmer ‘ … shows a real command of his movie's craft, shooting in gorgeous widescreen compositions that often look like paintings themselves. His images are well-served by the sumptuous production design of Francois Renaud Labarthe and Jiang Quan, who rebuilt Qianlong's domain on a soundstage in Beijing, and costumes by Sandra Berrebi that deserve some kind of award. The same goes for the props and set decoration, composed of actual objects from the epoch – whether a chess set or a tea service – that are striking to behold’, with Variety adding ‘Across the board, the below-the-line contributions show a tastefulness often missing in the lavish but gaudy court epics seen in Chinese film and TV. Acting as his own cinematographer, de Meaux aptly conveys an outsider’s vision of Chinese art and culture, meticulously framing every shot like a painting. His beautiful approach recalls Kubrick’s Barry Lyndon, while the delicate lighting doesn’t overdo chiaroscuro effects’.

The stories of Emperor Qianlong, his Empresses and the various goings-on in his imperial court have proved to be a surprisingly popular subject for films in the East, with around a dozen being made, including The Rise And Fall Of Qing Dynasty (1988), The Elequent Ji Xiaolan (2004) and Ruyi’s Royal Love in The Palace (’18), although the actual eventual fate of the real Empress Ulanara, should you look it up, is actually rather sad.