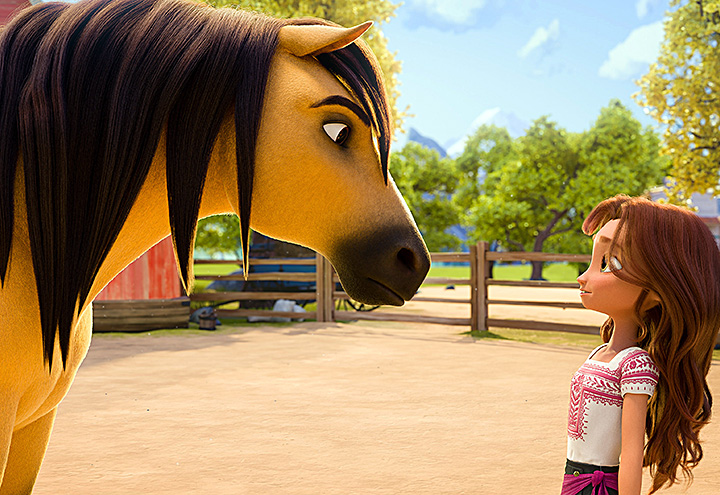 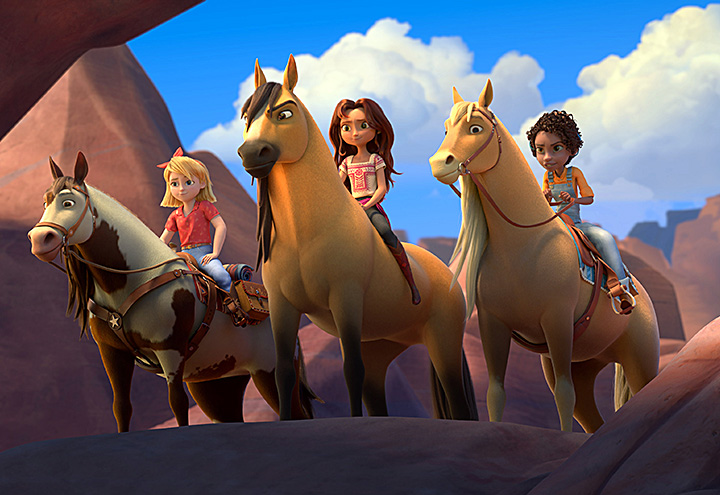 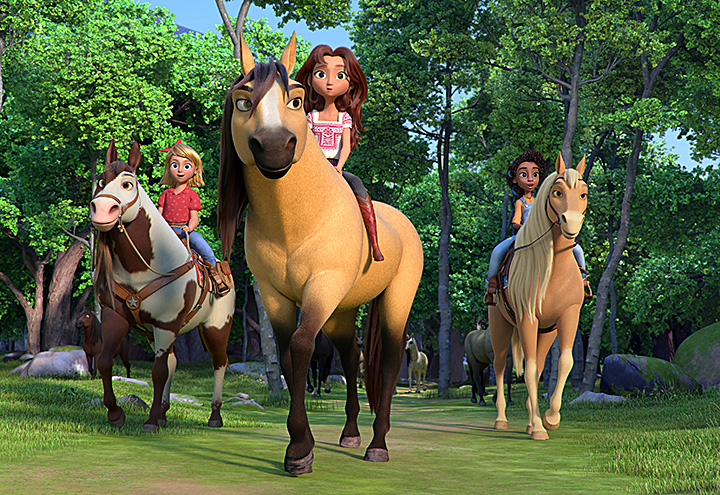 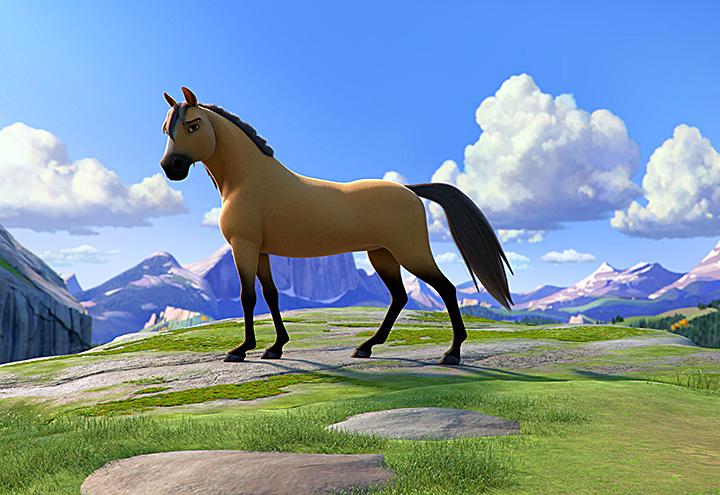 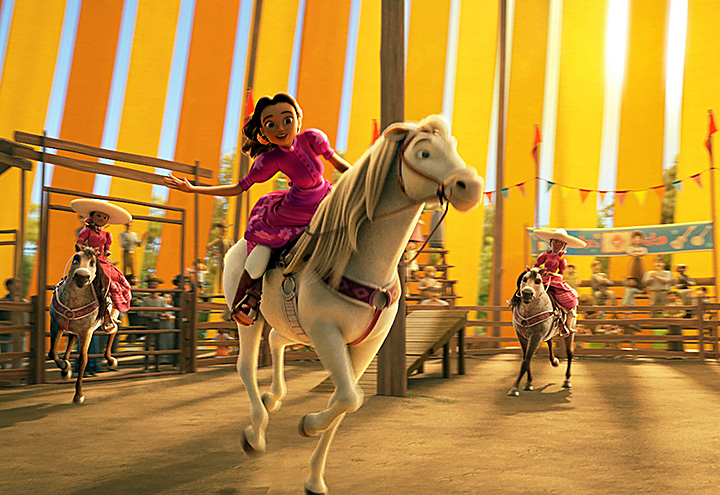 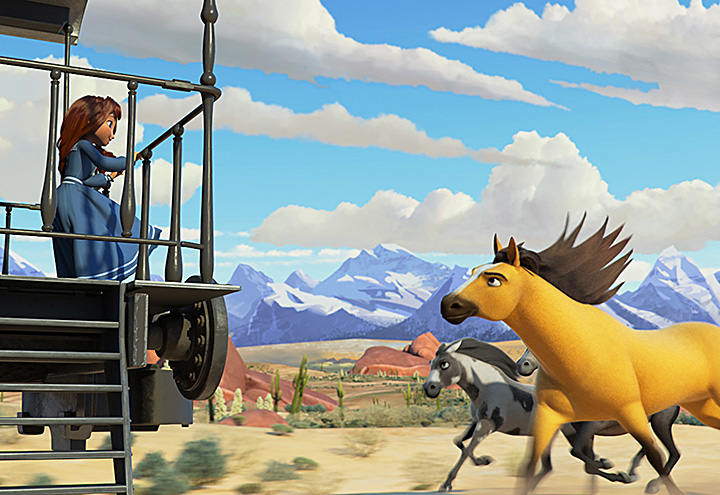 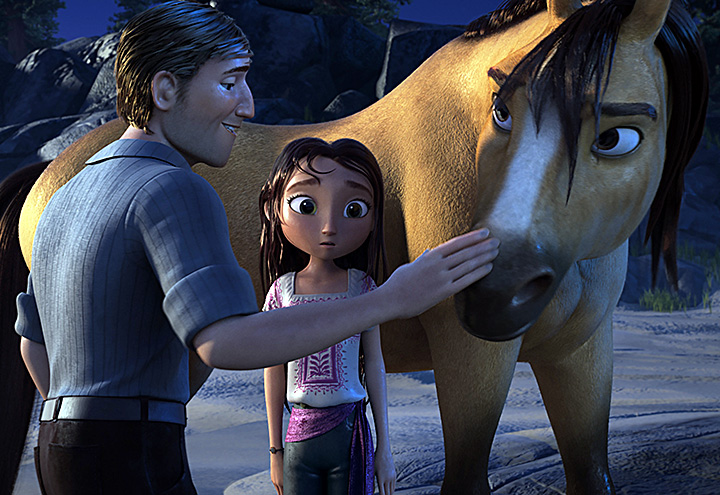 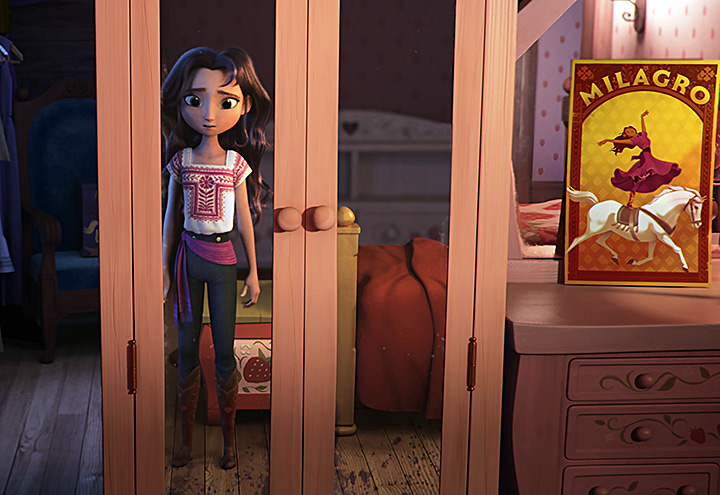 slideshow
Cast:
Synopsis:
An epic adventure about a headstrong girl longing for a place to belong who discovers a kindred spirit when her life intersects with a wild horse. Lucky Prescott (lsabela Merced, Dora and the Lost City of Gold) never really knew her late mother, Milagro Navarro (Eiza Gonzalez, Fast & Furious Presents: Hobbs & Shaw), a fearless horse-riding stunt performer from Miradero, a small town on the edge of the wide-open frontier.

Like her mother, Lucky isn't exactly a fan of rules and restrictions, which has caused her Aunt Cora (Academy Award® winner Julianne Moore) no small amount of worry. Lucky has grown up in an East Coast city under Cora's watchful eye, but when Lucky presses her own luck with one too many risky escapades, Cora picks up stakes and moves them both back with Lucky's father, Jim (Oscar® nominee Jake Gyllenhaal), in Miradero.

When a heartless horse wrangler (Emmy nominee Walton Goggins, Justiﬁed) and his team plan to capture Spirit and his herd and auction them off to a life of captivity and hard labor, Lucky enlists her new friends and bravely embarks on the adventure of a lifetime to rescue the horse who has given her freedom and a sense of purpose, and has helped Lucky discover a connection to her mother’s legacy and to her Mexican heritage that she never expected.