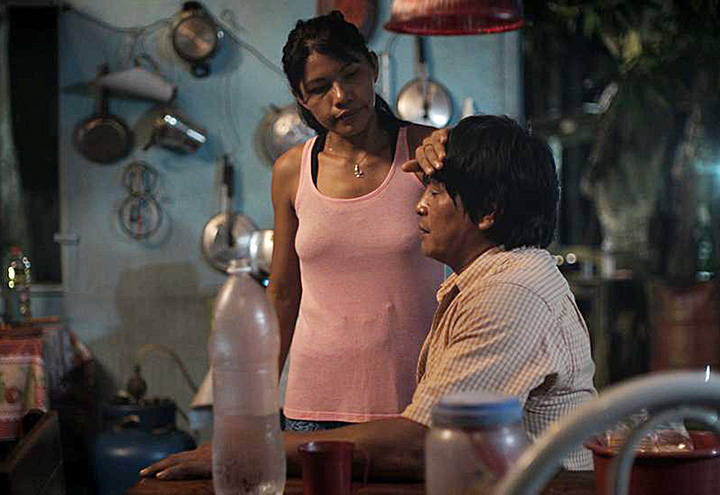 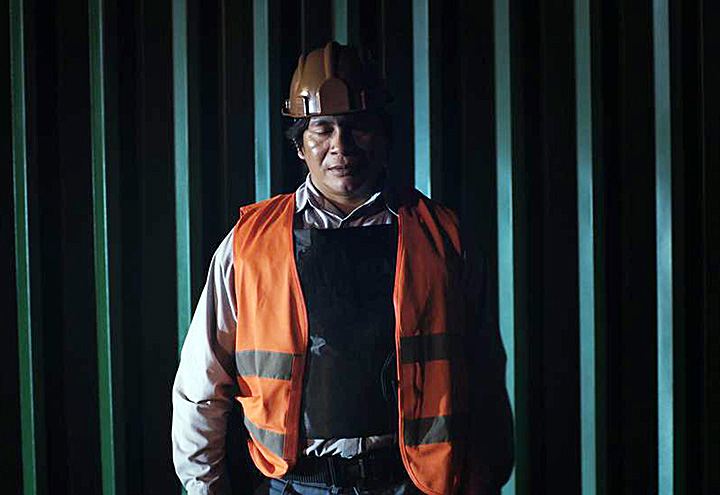 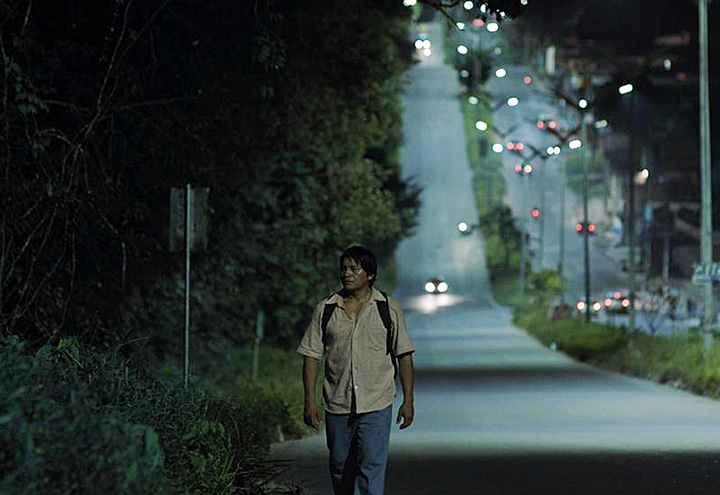 slideshow
Cast:
Synopsis:
Manaus is an industrial city surrounded by the Amazon rainforest. Justino, 45 and a native Desana, works as a security guard at the cargo port. Since the death of his wife, his main company is his youngest daughter with whom he lives in a modest house on the outskirts of town. A nurse at a health clinic, Vanessa is accepted to study medicine in Brasilia and will need to be leaving soon.

Confronted with the oppression of the city, where he never quite fits in, and the distance of his native village from which he left twenty years ago, Justino finds himself condemned to an existence without place. As the days go by, he is overcome by a strong fever. During the night, a mysterious creature follows his footsteps. During the day, he fights to stay awake at work. But soon the tedious routine of the harbour is broken by the arrival of a new guard. Meanwhile, on television, the news talks about a wild animal lurking in the neighbourhood.