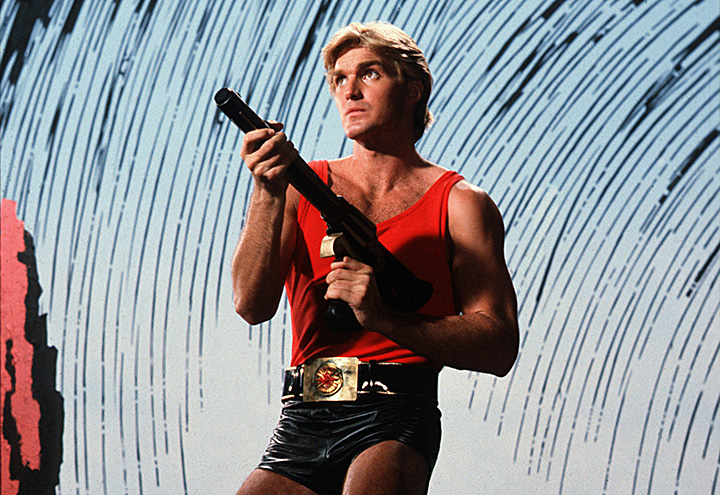 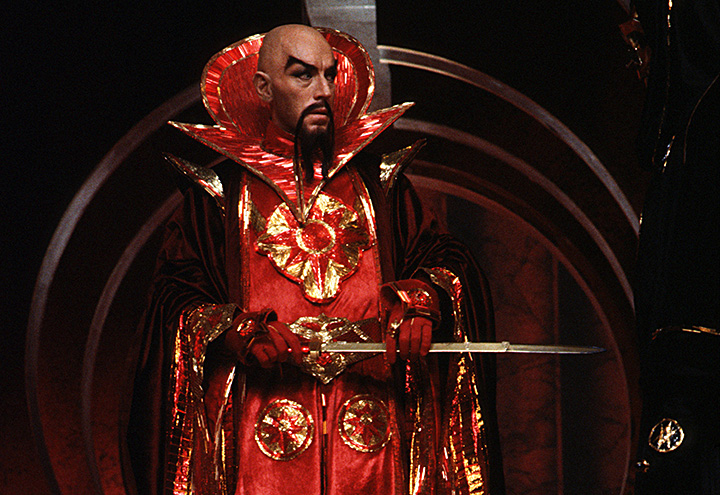 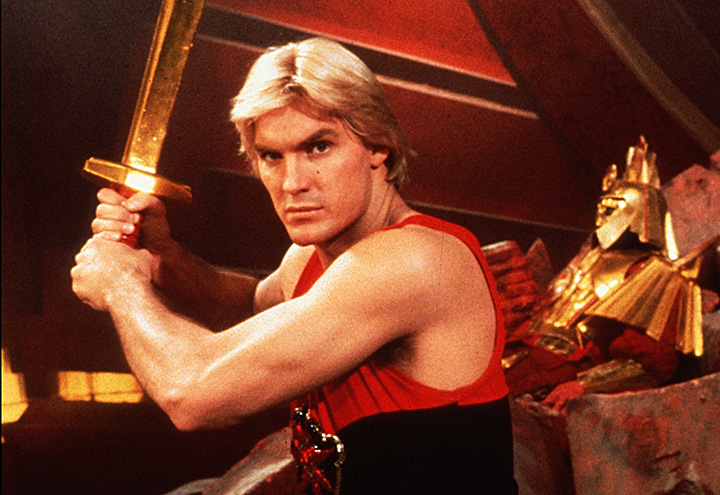 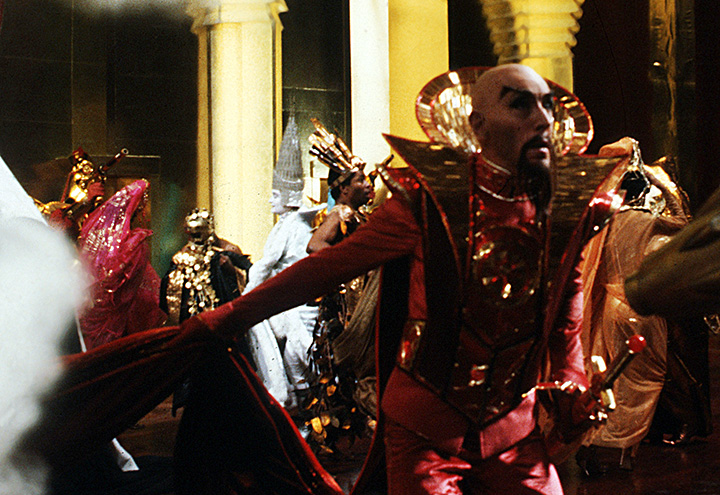 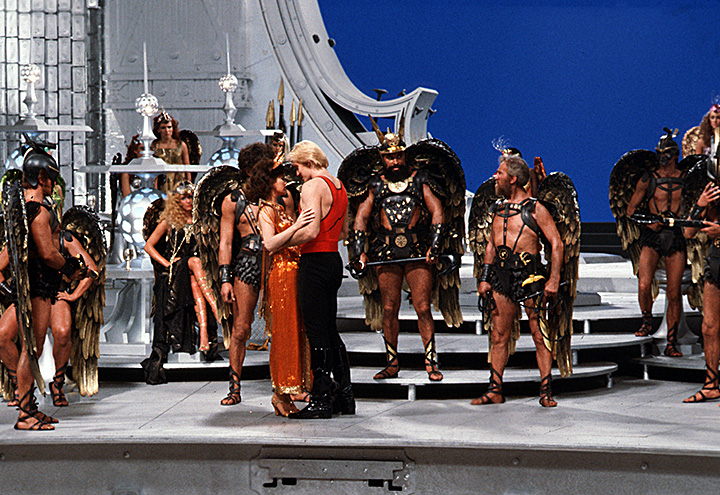 slideshow
Cast:
Synopsis:
With the Earth threatened by the cruel meglomaniac Emperor Ming The Merciless, American football hero Flash Gordon finds himself on a mission to the planet Mongo, with the inventor Dr.Zarkov and scientitst Dale Arden, to reach Ming's base and stop him from using a nuclear ray machine which will cause unstoppable weather catastrophes on Earth. Linking up with the elegant Prince Barin, the real ruler of Mongo, and a tribe of flying hawk-men headed by the flamboyant Voltan, Flash only has fourteen hours to save the Earth as well as get out of the clutches of Ming's seductive daughter....
Review:
Very colourful and lively adaption of the old Alex Raymond comic strips, with much of the startling design and set decoration coming straight from Raymond's drawings. Sam Jones may look the part but lacks a little in the charisma department, but is more than compensated for by terrifically over-the-top turns from Max Von Sydow, Ornella Muti and especially Brian Blessed as the loud and shouty Voltan. Utterly ridiculous, and tremendously enjoyable, and always a feast for the eyes. Features several songs by Queen, including the chart hit Flash.