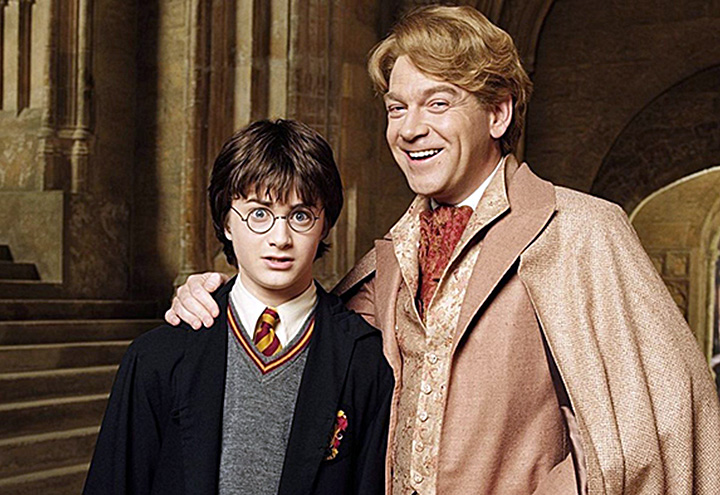 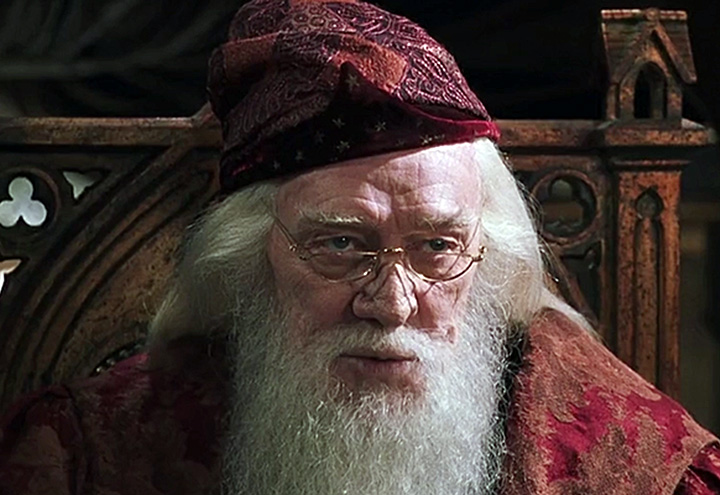 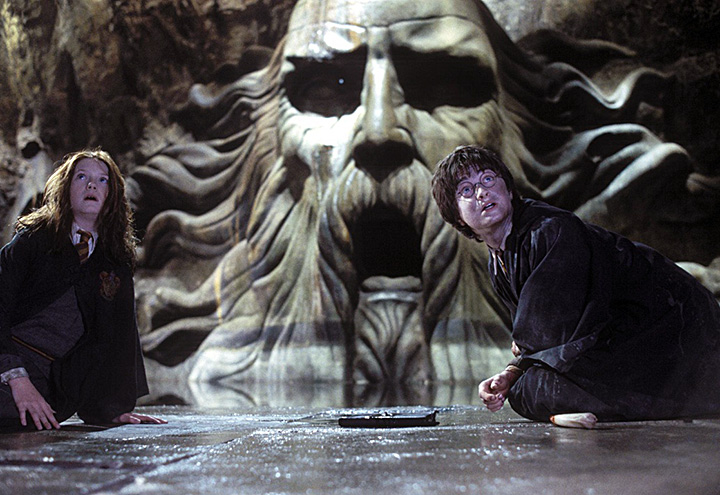 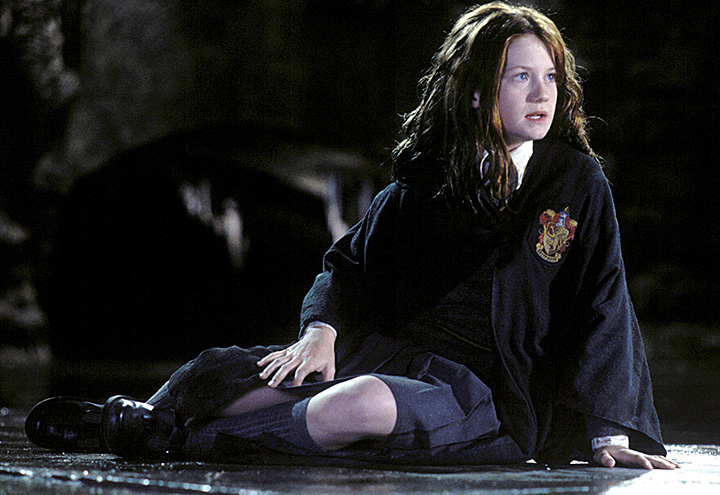 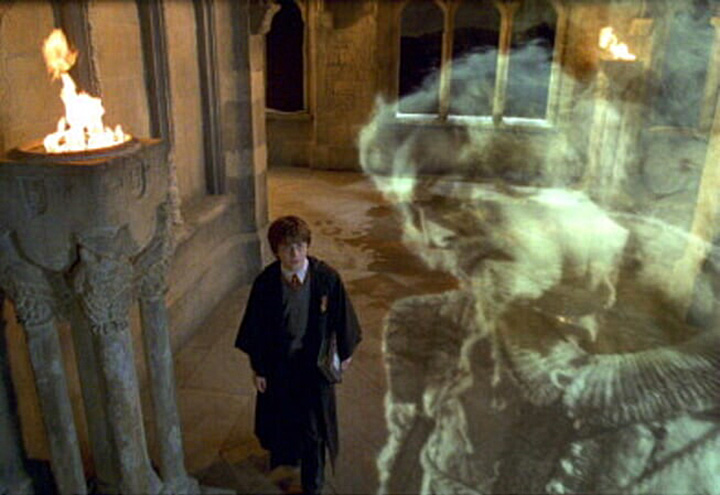 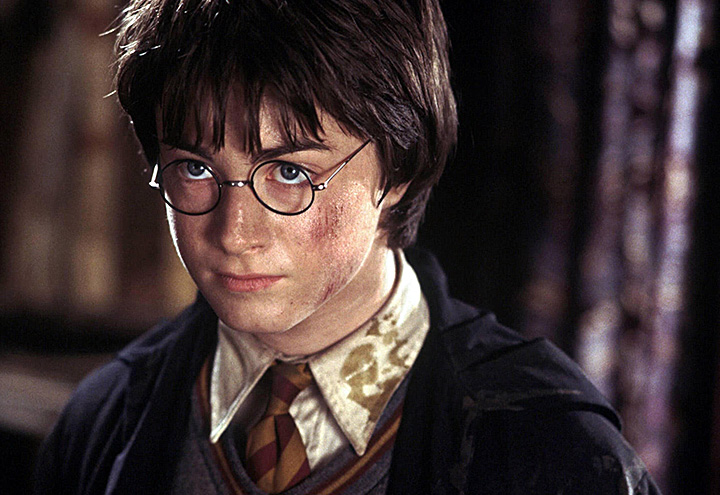 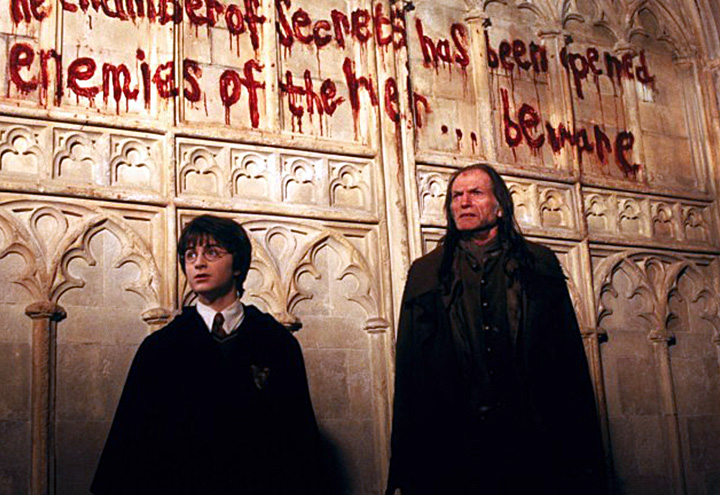 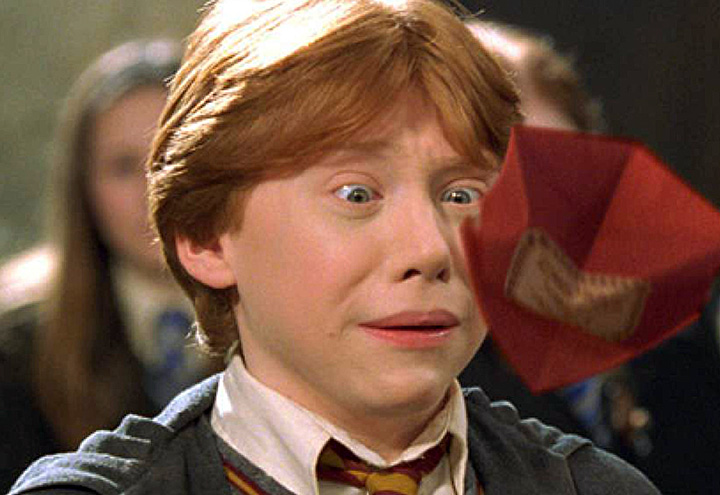 slideshow
Cast:
Synopsis:
After a very successful first term at Hogwarts School, trainee wizard Harry Potter is spending the holidays at home, but finds a small house elf named Dobby, who warns him not to return to Hogwarts for the next term. Needing to get back to the school he and the Weasleys, the parents of his classmate Ron, fly him to the school in a flying Ford Anglia, which unfortunately upsets a tree, a Whomping Willow, who tries to deliver a beating for crashing into it. A warning written in blood appears on a wall in Hogwarts - 'The Chamber Of Secrets has been opened. Enemies of the help...beware'. As soon as the message appears, some of the pupils are discovered petrified. Harry and his friends Ron and Hermione Granger investigate, discovering that a wizard called Slytherin, ten centuries before, had sealed a fearsome monster into a stone chamber, and now the chamber has been breached since the arrival of a direct descendant of Slytherin into the school. No one knows who the relative is, but some, including student Draco Malafoy, believe it may be Harry himself. The three meet a monster in one of the bathrooms, a ghost called Moaning Myrtle, once a student in the school. Realising that Draco Malafoy possibly knows who the descendent of Slytherin is, they make a potion which transforms them into resembling friends of his, hoping to find out something about who the student is, but the next morning Hermione is found petrified. Finding a secret diary, kept by Tom Marvolo Riddle, a former student, Harry, through magically entering the pages, discovers that Hagrid, the immense school caretaker, had previously been a student at Hogwarts but was expelled after opening the Chamber of Secrets. After this becomes known, Professor Aldus Dumbledore is relieved of his headmastership and Hagrid arrested, but Ron and Harry find that what Hagrid entombed was in fact a giant spider, Aragog, which was later released into the woods. The diary Harry found is a fake. With Myrtle's help Harry and Ron discover that she was killed by the monster in the chamber which is now running free, a giant, evil snake, which also captures Ginny, Ron's sister. Harry and Ron are forced to confide in the school's new master, Gilderoy Lockhart, the professor of Defence Against The Dark Arts, a preening dandy who seems more interested in his own appearance than any magical courses. Harry, Ron and Lockhart are able to enter the Chamber through the ladies bathroom, and once in the dark, menacing chamber Harry meets Tom Riddle, the student who wrote the diary, but Tom is in fact Voldemort, the evil wizard who battled Harry in his first year at the school and who is a relative of Slytherin. Faced with his greatest enemy, and still having to try to free Ron's sister, Harry is to need all his powers and fledgling wizardry to survive....
Review:
Coming hard on the heels of the first Harry Potter film, one of the biggest money-earners of all time, Chamber of Secrets has a lot to live up to and director Christopher Columbus sticks rigidly to the formula - a strong cast playing their roles completely straight, an abundance of CGI effects, (here better than in the first), the game of Quiddich (ditto), some scenes which would seem to push what children can accept in the cinema to the limit, and an adherence to the book which brings the film in at a slightly plodding two hours and forty minutes, a long, long time for a young audience. Both Daniel Radcliffe and Emma Watson seem to have grown into their roles as they have grown physically, while Rupert Grint's Ron seem to regard every new situation with a bout of gurning, over-emphasising the character's limitations, but the effects, the involved plot and the addition of such actors as Kenneth Branagh as the foppish Lockhart (a terrific, knowing performance), make this an excellent piece of entertainment. Richard Harris unfortunately looks frail as Dumbledore, and will be missed, and fans of the book certainly will not be able to complain that the film leaves anything out. Director Alfredo Cuaron is to direct The Prisoner Of Azkaban due for 2004, and may hopefully add a lightness of touch now that the groundwork for the characters has been laid down by the workman-like Columbus. But the legions of fans will be happy enough for the moment.